Let’s shape a street the City can love! 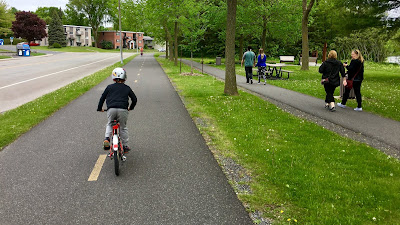 A roundabout intersection at south end of Pine Street retains connection between I-189, Queen City Park Road and South Burlington. LARGE TRUCK traffic, is REROUTED to the restored CONNECTOR roadway. Automobiles, light trucks, and bikes may travel this route or travel NORTH on PINE, and WEST or EAST on QUEEN CITY PARK ROAD.

From the Pine Street roundabout to Flynn Avenue the road will be posted as “TRUCK ROUTE.” The restored road ends at HOME AVENUE.
A sidewalk and separate bikeway is built on the west side of the restored connector from Pine Street to Home Avenue.
2.   NEW STREET FROM HOME AVE TO FLYNN AVE
Beginning on NEW STREET, at the intersection of restored CONNECTOR and HOME AVENUE, light trucks, cars and bicycles may travel NORTH or SOUTH on NEW STREET, or EAST or WEST on HOME AVENUE.  LARGE TRUCKS continue SOUTH ON NEW STREET which ends at FLYNN AVENUE.
A new intersection on NEW STREET serves as entrance to CITY MARKET and PETRA CLIFFS businesses.
Between HOME  AVENUE AND FLYNN AVENUE the sidewalk and separate bikeway continue on the West (City Market) side of NEW STREET as well a sidewalk on the East side.

NEW STREET replaces BRIGGS STREET and a small section of BATCHELDER STREET in the new design remains as in the current design on the east side for residences access to the adjacent Addition road network.

From NEW STREET intersection with Flynn Avenue cars and light trucks will be routed  WEST and EAST on Flynn and SOUTH on NEW STREET. LARGE TRUCKS are REROUTED West on FLYNN. 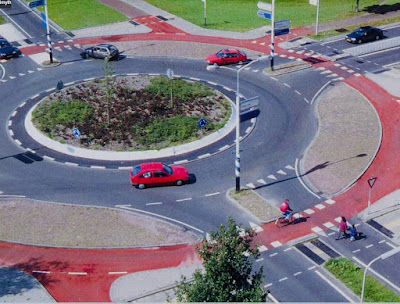 
SafeStreetsBurlington.com
Posted by Tony Redington at 3:51 PM No comments: